The world of tech is often inhabited by men only, and ours is no exception. Or at least was, because we did welcome female power to our Chestnote team late last year.

At 25, Jovana Petrovic is a full-stack developer working remotely from Niš, Serbia. Being part of a minority, however, has never been a big deal to her. “I feel I have nothing to prove to anyone else, only to myself.” 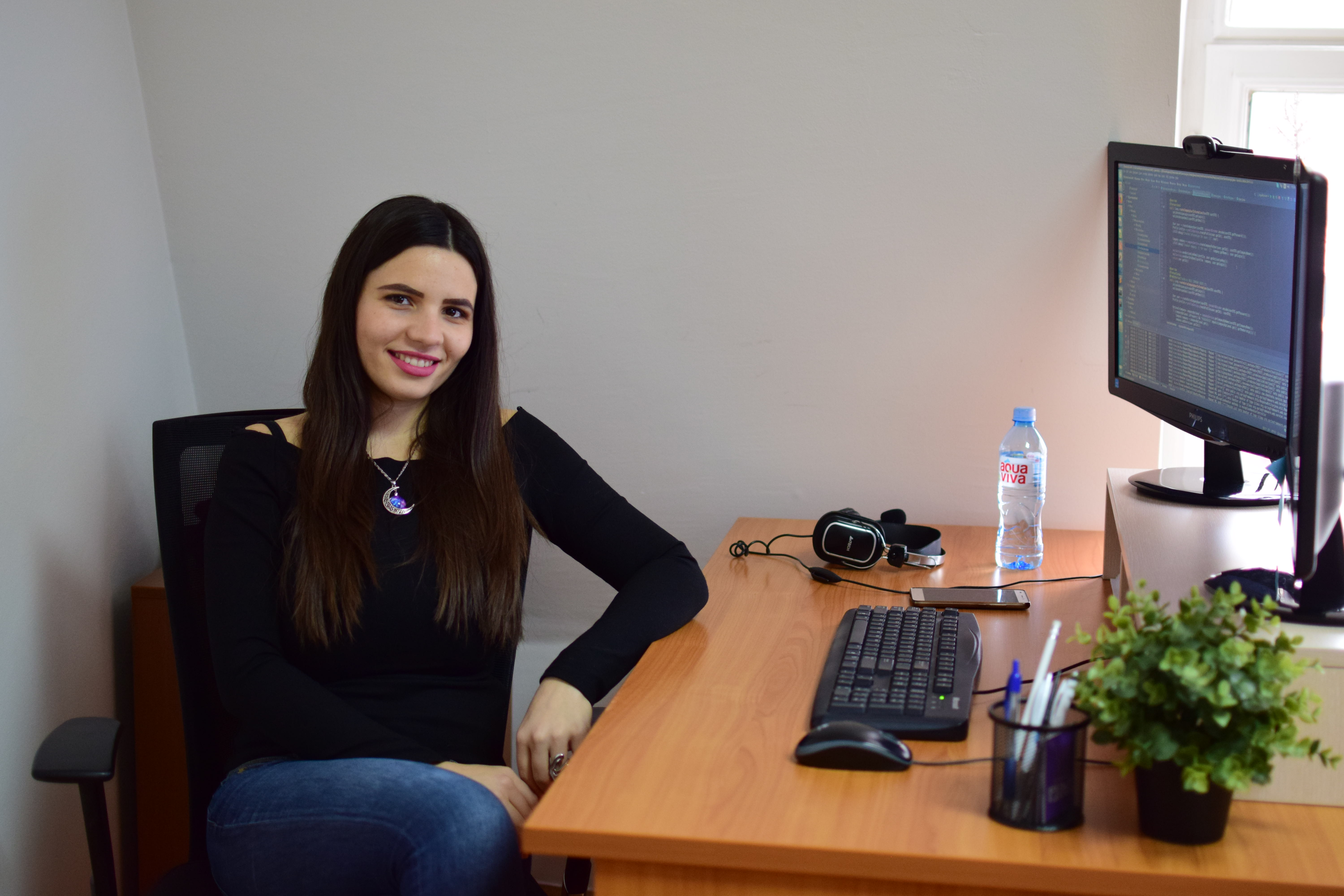 Jovana at the place she feels most at home: in front of her computer, coding away.

For those who’re not familiar with the technical terms: as a full-stack developer, Jovana has hands-on experience both in the front- and back-end domain. The former refers to everything you see in your web browser; the latter covers all the programming that works behind the scenes. “It basically means I’m coding all day long”, Jovana says with a smile.

A tech career might have not been written in the stars, informatics was something she’d been interested in all along. “When I was in high school, I studied pretty much every subject. I mostly liked languages, but where I come from, there’s not much perspective in that field”, Jovana explains. “Then I took a look at the next thing on my list: mathematics. Again, I knew there wouldn’t be many opportunities to find a job. So I eventually ended up with informatics. The subject fascinated me, although at the time I had no idea it’s such a broad branch.”

“When I started my studies at the age of 18, I thought I’d prefer the front-end part, because that’s where design and animation come in. As a child, I liked games and I always wanted to know how they were made”, she shares. Yet somehow, the road led Jovana into a different direction. “Eventually I got more into the back-end and the logic behind it. I like things that make sense (laughs). For me, that’s the greatest feeling: getting a task done and being able to see the result on a screen.”

During her studies, there weren’t many female classmates around. “There were three girls besides me; two of them quit, the other one got married and had a child. In the end, I was the only left. So I quickly had to get used to working with guys, and talking about cars and stuff”, Jovana jokes. Now working a more than full-time job, her male-dominated environment hasn’t changed much: she’s the only woman working at the agency hired by Chestnote. “I really don’t mind, because I actually think it’s easier working with guys rather than with many women. They’re always polite and helpful.”

Chestnote’s other developers (from left to right): Wouter, Ananth, Anton and Oscar.

In general, her move to tech was showered with positive reactions. “My family was very supportive. They liked the idea, because it’s one of the rare professions here in Serbia in which you can find a job.” Her friends don’t always seem to grasp what she’s doing on a daily basis, though. “I’ve often been asked, ‘Oh, so you’re doing something with computers? Do you know how to install games?’ or ‘Why is my Facebook not working?’”, she recalls. “When I’m talking to someone in a similar profession, of course it’s easier to explain what I do. Otherwise, it really depends on how much the other person is willing to listen. I’ve never heard any negative comments though. Either people like it, or they have no clue what I’m talking about.”

If she’s ever felt pressure being a woman amongst so many men? “In the beginning, I thought I had to demonstrate I wasn’t just ‘one of those girls’. I wasn’t going to sit there and just be pretty. But once I showed my worth, it didn’t matter anymore. I now believe I don’t have to prove anything to anyone, only to myself. I’m working for myself and my own improvement, not for someone else’s opinion.” She sure sets the bar high: she’s currently finishing her Master’s degree. “Overall, in IT, they hardly ever ask about your studies, but I wanted to do it. It might not change much, but why not?”

Jovana quickly rectifies the common misconception programmers are all geeks without a social life. “In my pastime, I like to go out with friends. We watch movies, visit the theatre or go partying together. I like my job, but it’s good to empty your thoughts every once in a while.” When she’s not out and about with her friends, Jovana enjoys reading, hiking and riding her bike. “Programmers are just like everybody else. And they’re usually very nice people (laughs) .” 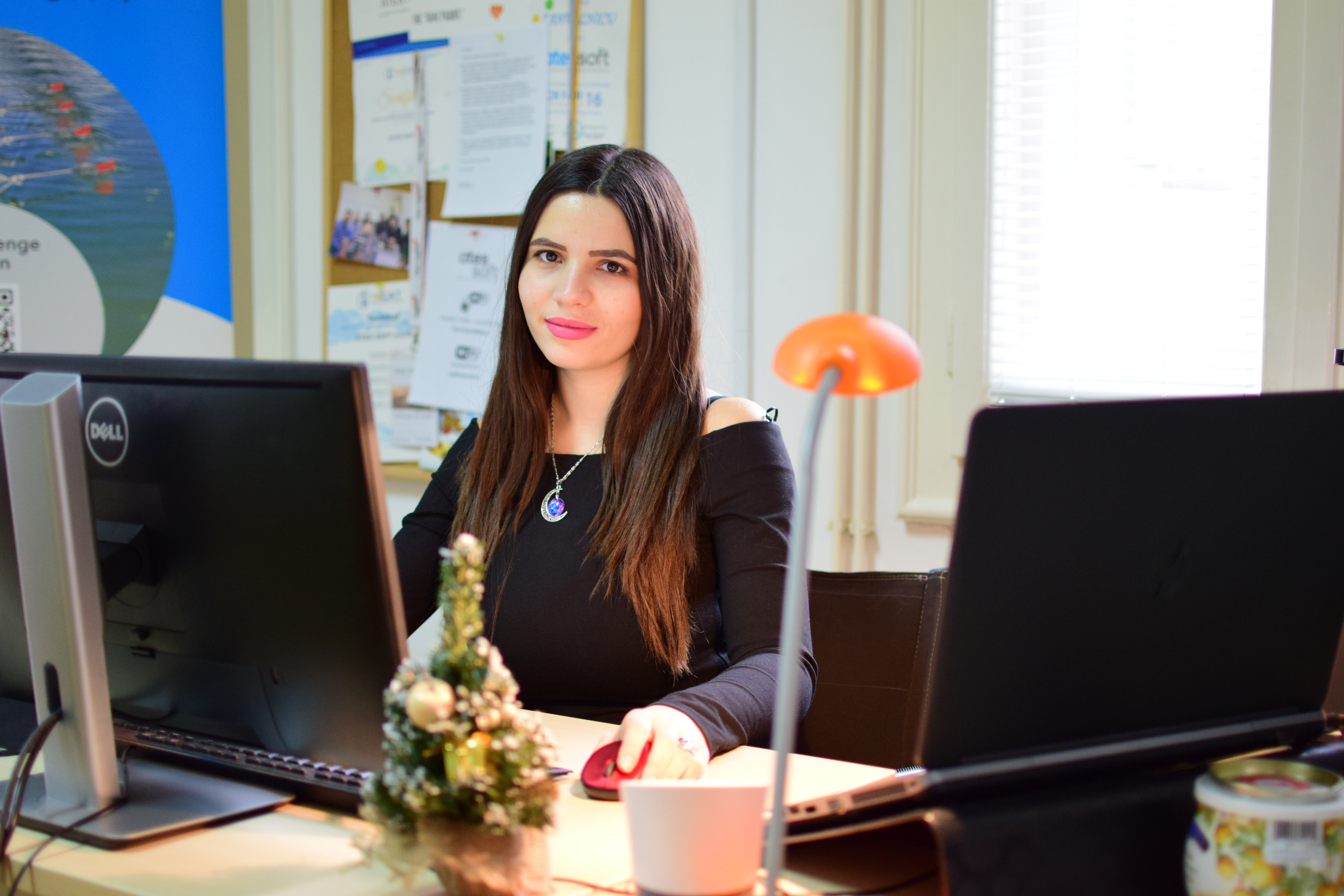 Jovana: “I’m working for myself and my own improvement, not for someone else’s opinion.”

HOW TECH CAN ATTRACT MORE WOMEN

Why does she think the tech business doesn’t attract many women? “Generally, women believe men are better at logic, at programming. But that’s not necessarily true, because women are logical as well. They just don’t know they can do this too.” Back in university, she herself helped to recruit female students. “I held workshops for high school students about web programming or Java (a programming language). And I noticed people were genuinely interested in learning something new and listening to someone who had more experience.” According to Jovana, there’s only one way forward: make programming more familiar and natural. “If we exposed more of what we’re doing, I’m convinced it would attract more people, including girls, to tech.”

For any high school girl that’s in doubt about whether to go into programming, Jovana has some wise words: “Just go for it. It’s not that hard at all. Once you get the hang of it, you can really do so much. It’s a field where you can quickly see results: you’ll be able to connect things that didn’t make much sense before. And it’s a great feeling, being able to see the website or the app you built, up and running.” So for those who crave analytical work and don’t mind long hours in front of the computer: the tech world is waiting for you!

Want to join the discussion?
Feel free to contribute!

This site uses Akismet to reduce spam. Learn how your comment data is processed.

Get your monthly pile of words

Keeping It Real: Inside Unfiltered Travels
Scroll to top